Evidence that Kamal Al-Haydari is a Mushrik

For more on this alleged “Grand Ayatollah” and his biography, refer to his English website.

In this article we will include quotes that show that Kamal Al-Haydari equates the Twelve  Imams to Allah because they have the ability the control all the creations in the universe. He also equate them to Allah in his claim that they have knowledge of all things.

The two books we will be taking a look at are:

`Ilm Al-Imam (Knowledge of the Imam) 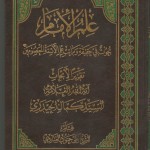 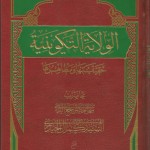 Both of these books were originally based on a series of lectures that he gave, but have been reorganized by his student Ali Al-Abbadi. Kamal Al-Haydari, on both works, has included his stamp of approval and has stated that the views expressed in the two books are his own in “detail and depth”. Here are scans of these admissions: 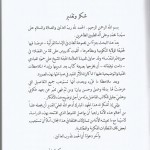 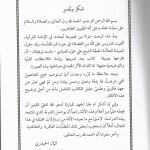 Moreover, both books can be found on his Arabic website, here and here.

Enough with the introductions and on with his shirk and kufur. 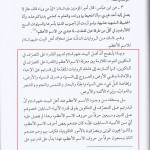 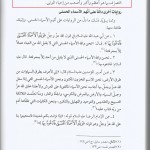 “With this, it has now become clear that Ahlulbayt (as) have the ability to control the creation due to the link between knowing the Greatest Name (of Allah) and the ability to control creation as mentioned in the previous narrations about their ability to give life, to put to death, to fold the earth, to elevate into the heavens, to penetrate the heavens and the earth, to cause the obedience of all, including the sky, Paradise, the seas, the sun, the stars, the trees, the animals, and cure the blind and those suffering from vitiligo.

NOTE: We do not care how many letters they have, the main point of focus is that the famous Shia scholar al-Haydari announces that the 12 Imams can bestow life and take it, they can travel anywhere in the heavens and the earth in the blink of an eye (as one narration he quoted states), they can command and control elements, trees, water, animals, Jinn etc.. The ability to heal the sick, bestow blessings and provide livelihood etc.. Of course he quotes many narrations from Shia books to back up his beliefs and their books are generous when it comes to this sort of thing as we are all aware. 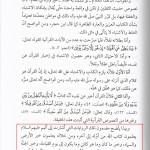 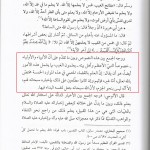 Kamal Al-Haydari quotes narrations that suggest that only five types of knowledge are specific to Allah (i.e knowing the future, what is in the womb, when it rains, where one dies, and the time of the judgement day) This is also in Allah’s book as we all know, such as:

{Allah knows what every female carries and what the wombs lose [prematurely] or exceed. And everything with Him is by due measure.} [13:8]

{Say, “None in the heavens and earth knows the unseen except Allah, and they do not perceive when they will be resurrected.”} [27:65]

However, al-Haydari proceeds to refute this because it conflicts with the narrations stating that the 12 Imams know all things. So in order to reconcile, he says:

“And we can reconcile between these narrations with those that have preceded them, in that the prophets and saints – especially the Prophet and his Ahlulbayt – knew the unseen as well as these matters (i.e the future, what is in the womb, when it rains, where one dies, and the time of the judgement day), by saying: Knowing the definitiveness of these five matters is specific to Allah, as for those other than Him, they even if they knew of these matters through Allah, they cannot be certain, because Allah may perform badaa’ (change the future that was predestined).”

NOTE: He is basically saying that Ahlul-Bayt also know the unseen, they also know when it rains, they know what’s in the wombs etc… but since Allah can do “badaa'” or change the future based on what He sees fit, then only He knows these things for certain whereas what the 12 Imams know may not always be a part of the inevitable.

“With this it becomes clear from the narrations that they (as) know the book of Allah from the beginning to the end, and through that they know the matters of the earth and the sky, what existed, what exists, and what will exist until the day of judgement, as well as the news of the heaven and hell-fire, the matters of those that passed and those that will come, and this is in front of their eyes and in their grasps.” 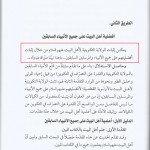 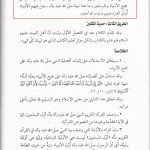 “It is possible to prove that the Ahlulbayt (as) control the creation through proving that they are better than all the prophets and messengers, except our prophet.”

“In light of what has been mentioned, the Imams of Ahlulbayt are more knowledgeable than all the prophets and messengers with the inclusion of Uloo al-Azm (i.e. Nuh, Ibrahim, Musa, Eisa), except our prophet – peace be upon him and his family – .”

Note: This last point is not evidence of shirk, but it is evidence of kufur according to many Sunni scholars. We also decided to share it because modern  Shias constantly claim that the Imams are inferior to the prophets, especially the Uloo Al-Azm. (The main reason being is that Allah chose the messengers and prophets and  preferred them over everyone, so how can the Shia claim their 12 saints are greater than the men Allah chose!?)

In conclusion, in order to be a Twelver Shia, you must believe according to Shia narrations that: The Imams control everything, The Imams know everything and The Imams are better than everyone.

Now the Shia excuse as usual to escape being branded as Mushrikeen is to add the words “With Allah’s permission” at the end of every sentence, so anything that may appear to be major Shirk will be deceptively masked with the addition of those words. For example, if someone says “Paul knows the unseen and what is in the heavens” that will be clear Shirk, but just stamp this expression at the end “With Allah’s permission” and you’ve masked it.

As you can see from the above, the heretic Shia scholars attribute everything to their Imams in the sense that their Shirk far surpasses that of even some pagans, but they will mask it deceptively. How do we solve this issue? Although this may require an independent research, yet we know from Allah’s book that the pagans of Quraysh used similar arguments against our Prophet (saw).

Yes, the pagans of Quraysh did believe in Allah, they believe He created everything and He controls all:

{Say, “Who provides for you from the heaven and the earth? Or who controls hearing and sight and who brings the living out of the dead and brings the dead out of the living and who arranges [every] matter?” They will say, “Allah,” so say, “Then will you not fear Him?”} [10:31]

The Prophet (saw) tells them to fear Allah and to stop taking partners besides him, to which they attribute powers, such as saying their stone idols will grant them blessings and make them closer to Allah and they swear oaths by them:

{And they worship other than Allah that which neither harms them nor benefits them, and they say, “These are our intercessors with Allah ” Say, “Do you inform Allah of something He does not know in the heavens or on the earth?” Exalted is He and high above what they associate with Him.} [10:18]

{Indeed, We have sent down to you the Book, [O Muhammad], in truth. So worship Allah, [being] sincere to Him in religion. – Unquestionably, for Allah is the pure religion. And those who take protectors besides Him [say], “We only worship them that they may bring us nearer to Allah in position.” Indeed, Allah will judge between them concerning that over which they differ. Indeed, Allah does not guide he who is a liar and [confirmed] disbeliever.} [39:3]

It is based on this extremism and ignorance that Shia glorify their leaders and attribute all sorts of powers to them even though on the day of judgement they shall learn that to Allah belong all power and those men had no benefit nor harm for themselves or others.