(Click here to watch the video version of this article)

Recently, a brother asked for recommendations of a book or an online article that provides readers an outline of the dangers of Shiasm. The dangers, due to the problems in the foundations, are too many to count, due to the simple fact that Shiasm is not from Allah – subhanahu wa ta’ala – . However, much of what was written pertaining to this subject, especially in the English language, was not by experts in the field. It was with this in mind that I decided to provide our dear readers with a list of some of the most significant problems with Shiasm.

Without further adieu, I decided to stick to twelve reasons to leave the Twelver faith. May Allah – subhanahu wa ta’ala – guide all those that read it to the authentic Islam.

1- A Pure Focus on Allah the Almighty

One of the main reasons for the conversion of ex-Shias to Sunnism is the focus on Allah – subhanahu wa ta’ala – . As many are aware, the main focus in Shiasm is not the Creator, but rather, the creation. Even though Sunnis venerate Ahlulbayt deeply, they do not make them the focus of their religion. This can be observed in their practices, lectures, and in their daily spoken language.

Shias, sadly, do not enjoy the same focus on Allah. This is most commonly observed in how they encourage putting Ahlulbayt, as an intermediary, between them and Allah. This is not encouraged in the Qur’an, for we know that Allah – subhanahu wa ta’ala – said [2:186]: “And when My servants ask you concerning Me, then surely I am very near; I answer the prayer of the supplicant when he calls on Me.”

Most people are aware that Sunnis build their faith on the Qur’an and the Sunnah of the Prophet – peace be upon him – . However, what most Shias are not aware of is the fact that there are not enough prophetic narrations in the Shia hadith corpus for them to build their sect upon, so the same cannot be said for them. 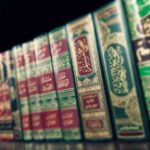 For prophetic narrations, the Sunnis have a variety of sources that they can refer to. Off the top of my head, Sunnis can easily find prophetic narrations in the Saheehain, the four Sunan, Musnad Ahmad, Muwatta Malik, Al-Tabarani’s three Ma’ajim, Sunan Al-Daraqutni, Sunan Al-Darimi, Saheeh Ibn Hibban, Saheeh Ibn Khuzaimah, Musnad Al-Bazzar, Musnad Abi Ya’la, as well as the Masaneed that have been preserved through Ibn Hajar’s Al-Matalib Al-Aliya.

Shias, on the other hand, do not have a book that collects prophetic traditions. When the odd prophetic narration is found in a book like Al-Kafi, or another one of the four books, it is weak due to the anonymity of a narrator 9 out of 10 times.

It should not be a surprise that the Shias do not have a large number of reliable prophetic hadiths, since they reject the majority of the companions of the Prophet – peace be upon him – as reliable narrators. This leads us to our next point.

3- Acceptance of the Companions of the Noble Prophet

Even though this may seem trivial to average Shias, it is clearly a matter of great significance as we can see from the previous point. The rejecting of companions ultimately leads to rejecting the vast majority of the prophetic traditions.

Shias may attempt to cling at straws by suggesting that the Sunni prophetic tradition is actually the result of Umayyad hadith factories. This theory is based upon a lack of an objective reading of the Sunni texts, since the majority of the Sunni prophetic traditions do not contain anything pro-Umayyad. On the other hand, the narrations about the merits of Ali and the rest of Ahlulbayt are plenty in number in Sunni books. More importantly, the vast majority of the Sunni traditions revolve around neutral practices and wisdoms from the Prophet – peace be upon him – . By neutral, we mean non-controversial.

Acceptance of the Companions also leads to access to a plethora of their personal opinions in rulings and practices, as well as Qur’anic interpretation. These opinions are not binding upon Sunnis, since the Companions were not infallible. However, access to the opinions of first generation of Muslims provides Sunnis with a better understanding of religious matters that have some vagueness due to language and historical context.

The very suggestion may come as a shocker to most Shias, however, Sunnis do claim that they are the preservers of the teachings of Ahlulbayt as well. In brief, there is no doubt that both Sunni and Shias are selective with what they narrate. The most obvious example of this is that Ahlulbayt are on good terms with the companions in Sunni narrations. In Shia narrations, we find that they are foes. At times, the Shia Imams are found cursing the three caliphs and other companions as bitter enemies.

One may ask: How do you know that it was the Sunnis that were successful in recording the teachings of Ahlulbayt?

First of all, we would like to make Shias aware that matters are not as simple as a Sunni and Shia version of Ahlulbayt. Rather, we are dealing with the narrators that represent each sect. The Shia narrators from Ahlulbayt are from the city of Kufa like Zurarah, Abu Al-Baseer, and Mohammad bin Muslim. These are three of the top narrators who have attributed thousands of narrations to Ahlulbayt. Sunnis do not consider them to be reliable. Ironically, by looking into the earliest book of biographies (both Sunni and Shia), one can find some of the Imams cursing some of these men.

Another critical issue with the “Shia” version of Ahlulbayt is the sheer number of contradictions that have been attributed to the Imams, which leads us to our next point.

5- Uniformity in the Teachings of Ahlulbayt

It will come as no surprise to Shias that are well-read that the early Shia books of hadith are riddled with contradictions. Not only do the Twelve Imams contradict each other in almost every chapter of fiqh, but these contradictions can be found attributed to the Imam himself. Al-Tusi alone has collected four volumes of contradictions in his book Al-Istibsaar. Sunnis, on the other hand, have uniformity in their narrations from Ahlulbayt.

The main reason that Shias give for the massive amount of contradictions that can be found in their works is due to the taqiyyah of the Imams, which leads us to our next point.

Due to this, you will not find them providing false religious rulings in order to preserve their own lives or well-being. No, the Sunni Ahlulbayt do not compromise, nor do they let politics get in their way of teaching the religion.

Shias are mostly unaware that specific issues in Qur’anic sciences (i.e. Chapters being Makki/Madani, abrogate in rulings, recitations, etc) are monopolized by Sunnis. These opinions can most be traced to the first century of Sunni scholarship. Ibn Abbas and his students played a major role in providing us with this wealth of information regarding context.

If Shias have any doubts in regards to this, then we suggest picking up a copy of Al-Tusi or Al-Tabrasi’s exegesis of the Qur’an in order for them to see the reliance of these top Shia scholar on early Sunni works. The same is applied to Ibn Mutawwaj’s Al-Nasikh wal Mansookh.

The same can be said about the actual reasons for revelation (Asbab Al-Nuzool) since no Shia classical works on the topic exist today. 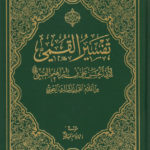 Tafseer Al-Ayyashi and Tafseer Al-Qummi are two books of tafseer that moderate Shias are not proud of. This is because these books are filled with opinions from the authors, supported by narrations from the Imams, that the Qur’an has been tampered with. We are very aware that moderate Shias do not accept such beliefs, which explains why they are not fond of these works in the first place.

Sunnis, on the other hand, are proud of their early books of tafseer. Tafseer Abdulrazzaq, Tafseer Ibn Abi Hatim, and Tafseer Al-Tabari, are three books of tafseer are works in which the authors’ primary focus was to provide readers with the earliest explanations of the Prophet – peace be upon him – and the early generations. 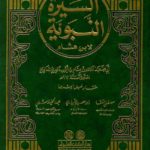 The average Shia is not aware that Shias do not have classical seerah books. Modern Shia seerah books are based upon the works of classical Sunni seerah works. This should not come as a surprise since specialization in seerah came from the middle of the second century. Examples include the works of Ibn Ishaq, which has been preserved through Ibn Hisham, and Musa bin Uqbah, which has been preserved by Al-Bayhaqi and others.

It is due to the lack of prophetic content that contemporary Shia scholars don’t attempt to piece together a complete biography of the Prophet – peace be upon him – from Shia sources.

To summarize this point, by becoming a Sunni, you can actually have a complete idea of the life of the Prophet – peace be upon him – , for it definitely included more than events like Al-Ghadeer, Al-Mubahala, and other events that revolved around Ahlulbayt.

10- Trust in the Hadith Compilers

Perhaps one of the most overlooked differences between the sects is that Sunnis have the luxury of having complete trust in their own hadith compilers. It is important to be aware the trust is not blind. Rather, the trust exists for two reasons: 1) The abundance of sources and the 2) sufficient amount of biographical data about compilers.

The abundance of sources ensures the reliability of the compilers. For example, there is not a single narration that can be found in Saheeh Al-Bukhari or Saheeh Muslim that cannot be found in another book of hadith. This is thanks to the abundance of the sources.

The same cannot be said about Shia books, for Al-Kulayni and Al-Saduq, for instance, are the sole narrators of hundreds, if not thousands of narrations.

The amount of biographical data is self-explanatory. One does not need to look far in order to find a wealth of information about the lives of Al-Bukhari and Muslim, while one would struggle to find more than a paragraph about the lives of the top Shia hadith scholars like Al-Kulayni and Al-Saduq.

11- A Karbala Narrative that Makes Sense

An ex-Shia brother said to me after reading some of our articles on Karbala that the exaggerated fabrications about the events of Karbala were the first things that gave him doubts about Shiasm. 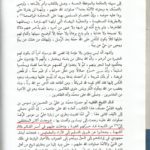 If most Shias in the fourth century, according to Al-Saduq in the intro of his Ikmal Al-Deen, were having doubts about the Twelfth Hidden Imam, due to his “lengthy” absence, then how is it possible that this is not an issue today after over a thousand years without this alleged hidden Imam?

It is suggested by Shias that Allah – subhanahu wa ta’ala – would never leave the world without a hujjah. However, this hujjah has been out of action for so long that his existence in occultation simply does not have an effect on the world.

Deep down, all religious Shias have these doubts and this is their chance to accept what they have always felt.

Our final request to you, our friends, is to refer to the top of the article.

If you are, then we sincerely wish you guidance.

If not, then we extend our hand to you.

What about Ayat Al Tatheer, Hadith Al Thaqalain, Al Ghadeer, and other known  polemical arguments? Check out our popular topics section for refutations to these arguments and others.

Any more questions? E-mail us at twelvershia@aol.com