For those the Shias that have dared to ask themselves: “What does Rijs mean?” We decided to write up a short article that answers the question. Unlike our previous article that was a general refutation to the Shia understanding of the verse, in this article, we have decided to refute the Shia stance by quoting Ahlulbayt in an authentic Shia hadith in order to expose the extreme bias of Shias apologists.

The Misconception of Modern Shias

Unsurprisingly, Shia apologists have made the mistake of assuming the meaning of Rijs due to their preconceptions. Below, we have included some of these assumptions:

Meaning of Rijs According to Ahlulbayt

Upon returning to Shia books of hadith, we found that Al-Rijs does not mean any of the general meanings that have been provided above. Ja’far Al-Sadiq explains, “Al-Rijs means doubts, I swear by Allah that we never doubt in our Lord.”

The narration can be found in Al-Kafi. It is the first hadith in the chapter entitled: The Chapter of the Appointment by Allah and His Messenger of the Imams (as) One by One.

The narration was graded as authentic by Al-Majlisi, Al-Khoei, and Al-Bahbudi. 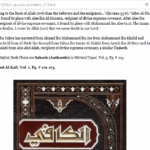 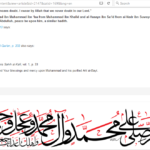 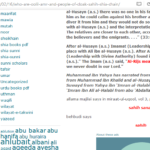 Note: In the links above, one will find that the authors of the articles have included the term “uncleanliness” between parentheses. This cannot be found in the original Arabic, of course. We humbly suggest that they change the word between parentheses to “doubts” in order to fit in with the teachings of their “infallibles.”

Response: We strongly disagree with the suggestion, for there are no authentic narrations from Ahlulbayt that provide an alternative or a general meaning. Secondly, it is forbidden according to Shiasm for one to dismiss the specific interpretation of the Imam by turning a specific meaning into a general one. Nothing prevented the Imams from saying, “All sins / errors,” instead of “doubts” in the first place. So Shias should not put words into their mouths.

Response: Shias don’t take knowledge from Sunni books, especially in presence of the “authentic” narrations of “infallibles”. It is about time that Shias stop referring to Sunni books in order to affirm their own preconceptions.

According to Ja’far Al-Sadiq, “removing Al-Rijs” has nothing to do with infallibility. Rather, it is a matter of having one’s doubts removed.