Peace be upon our readers, in this short article we will show that Prophet Ibrahim (as) was demoted as opposed to be promoted according to Shia beliefs. 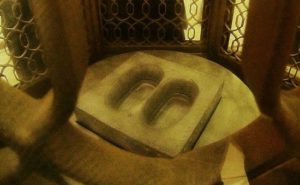 This article centers around the following verse:

{And [mention, O Muhammad], when Abraham was tried by his Lord with commands and he fulfilled them. [Allah] said, “Indeed, I will make you a leader for the people.” [Abraham] said, “And of my descendants?” [Allah] said, “My covenant does not include the oppressors.”} [2:124]

The Shia believe that prophet Ibrahim (as) was promoted in this verse to the rank of “Imam”. The Shia also claim this verse restricts leadership to those who are infallible but we have discussed this in detail in our article “Verse of Imamat Ibrahim: Shia understanding of “Oppressors”, is it Qat`i or Dhanni?“

We begin by citing our evidence from Shia books as to why we reached this conclusion.

Evidence 1: Shia believe their Imams to be greater than the prophets of God.

[On the whole, after admission of the fact that the Imams are not prophets, we are bound to acknowledge the fact that they are superior to all Prophets and legatees except our Prophet salutations and peace upon him and his family.]

Nasir Makarim al-Shirazi says when explaining the verse 124 from the chapter “al-Baqarah” in his book “al-Amthal”:

[It becomes clear from the verse that the rank of Imamah that was bestowed upon Ibrahim after all these tests is superior to prophets and messengers (…) as the position of Imam is higher than what he mentions, even higher than prophet-hood and the message-hood]

So according to them, prophet Ibrahim (as) was promoted to this special rank called “Imamah”.

Evidence 2: Shia scholars admit there’s no real difference between a Prophet and an Imam.

[To our knowledge there is no reason not to describe the Imams as Prophets except consideration to the status of the Final Prophet. Our intellect too, cannot perceive a distinction between prophet-hood and Imamah.]

[ 8- The difference between the Prophets and the Messengers (as):

The Imami (Shia) have consensus that every messenger is a prophet but not every prophet is a messenger. From the prophets of Allah are those who preserve/protect the religious laws passed down by the messengers, they are their successors in this matter. The religious law only prohibits us from claiming prophet-hood for our Imams although the intellect does not conflict with this, because the Imams have acquired all we’ve discussed from the qualities of the prophets peace be upon them.]

In short, after using their intellect they couldn’t find any special difference to distinguish between a prophet and an Imam.

Evidence 3: The only minor difference cited was in favor of prophets.

In al-Kafi 1/176 #1 as authenticated by al-Majlisi from Zurarah: I asked abu Ja`far (as) “What’s the difference between a Messenger and a Prophet?” He replied: “A prophet can only see (the angel) in his dreams and hear their voices but he cannot see the angel while awake. A messenger can hear the voice, see in the dream as well as while awake.” I asked:”What is the position of the Imam?” he (as) said: “He hears the voice but does not see or observe the angel.” Then he recited the following verse of the Holy Quran: {Satan would try to tamper with the desires of every Prophet or Messenger or Muhaddath whom We sent}.

Here is a summary of the differences between a Messenger (Rasool), Prophet (Nabee), and Imam (Muhaddath).

Ibrahim (as) according to Shia was demoted from the status of Messenger who can see and hear the angels to the status of Imam who cannot see the angel neither in dreams or consciousness.

Ahlul-Sunnah do not believe the Imamah discussed in the verse of Ibrahim (as) is related to a promotion of rank such as “colonel” or “general”, this is because the word Imam simply means “leader” and all prophets in our belief are leaders by default. Believing otherwise is simply preposterous!

So is this verse useless or random? No, this verse is honoring Ibrahim (as) and informing him that instead of being a prophet that leads his own community or tribe, he shall be leading “the people” in general. Thus Ibrahim (as) is a leader to be followed by all humanity, this is why in the Qur’an we are ordered to follow the example of our leader Ibrahim (as) not of Yunus (as) or any other divine guide.

{Then be patient for the decision of your Lord, [O Muhammad], and be not like the companion of the fish (Yunus)} [68:48]

The examples are many and we list the following:

{And who would be averse to the religion of Abraham except one who makes a fool of himself.} [2:130]

{Say, “Allah has told the truth. So follow the religion of Abraham, inclining toward truth; and he was not of the polytheists.”} [3:95]

{Then We revealed to you, [O Muhammad], to follow the religion of Abraham, inclining toward truth; and he was not of those who associate with Allah.} [16:123]

What if Shia argue and claim that all leaders in the Qur’an are divinely appointed and thus it is the rule and non-appointed leaders cannot be accepted?

Aside from the verses talking about evil Imams and the above-mentioned verse of prophet Ibrahim (as) being an Imam. We have the following:

{We gave him, in excess, Isaac, and Jacob (for a grandson); and We made each righteous – and appointed them Imams to guide by Our Command and We revealed to them to do good deeds, and to establish the prayer, and the giving of charity, and they were for Us worshipers.} [21:72-73

These are the only verses that specify by name individuals who were called “Imams”, what they all have in common is that they were all prophets. Therefore, we can argue that the Qur’an teaches that ONLY prophets can become Imams and thus `Ali and his progeny are out of the folds of Imamah since they aren’t prophets.

What if Shia argue that Talut was appointed although he was not a prophet?

We say, Talut according to you folks was not an Imam rather he was a Malik(King).

And peace be upon Muhammad and his nation.