If Muslim religious leaders were to graciously accept financial “gifts” from blasphemous tyrants who openly opposed the religion of Islam, such as Netanyahu, Mladić or Stalin etc., then indeed that would be a sufficient reason to cast doubt on their integrity and sincerity as religious leaders and representatives.

In Sunni and Shi’ite hadith collections, Al-Baqer is authentically quoted stating that Al-Hassan and Al-Hussain used to accept the gifts of Mu’awiyah. For the Sunni, such a proposition would not be problematic in any shape or form: they were all companions of the Prophet who had their differences at one point in history, and they were eventually reconciled and amended.

This notion, however, is diametrically opposed to the Twelver narrative. To contextualize this problem, perhaps we should provide a brief outline of Mu’awiyah’s status in Twelver Shi’ism. The Twelver narrative presents Mu’awiyah as a vile enemy of God who purposely opposed Islam and the Truth. According to various Twelver traditions ascribed to the Imams, Mu’awiyah was not merely a political opponent of ‘Ali; rather, he was a crypto-Pagan who sought to usurp the religion of Islam and avenge the death of his pagan ancestors at the battle of Badr. Twelver theology thus views him as a heretical hypocrite who concealed his blasphemy and openly fought the Prophet’s household on political AND religious grounds.

Indeed, such a narrative is preposterous and self-defeating: how could Al-Hassan surrender the political leadership of the Ummah to someone he believed was a crypto-Pagan hypocrite?

Nevertheless, that is not the question I plan to entertain today. In this article, we shall present a brief analysis of a tradition found in Sunni and Shi’ite hadith collections. In this report, Ja’far Al-Sadeq quotes his father, Al-Baqer, saying: “Al-Hassan and Al-Hussain used to accept the gits of Mu’awiyah.”

Let us evaluate the isnads for this tradition from Al-Sadeq, outlined in figure 1 below: 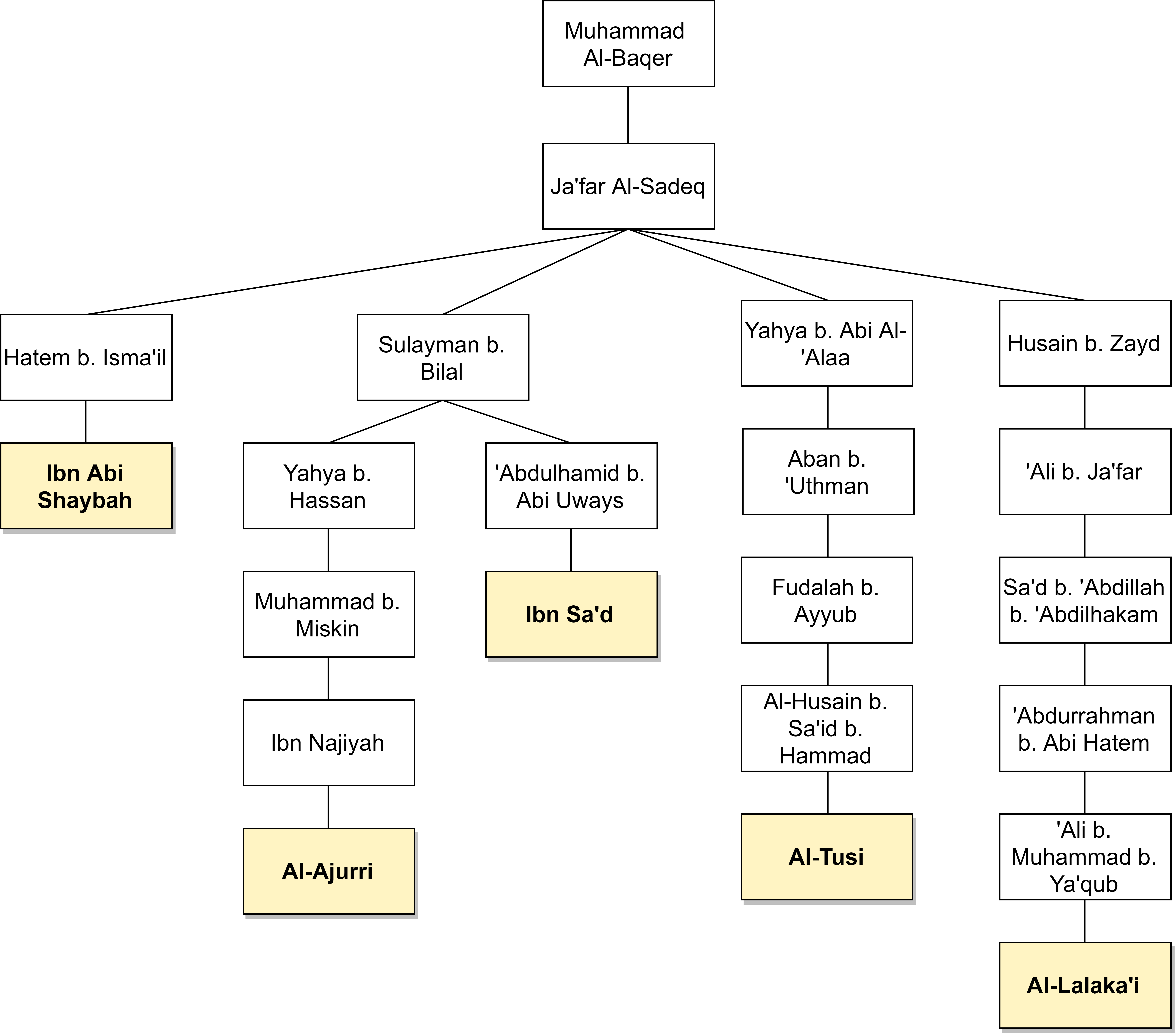 Figure 1. Diagram of Isnads for the aforementioned tradition in Sunni and Shi’ite sources

The isnad certainly is authentic to Ja’far Al-Sadeq. Al-Tusi’s isnad to Ja’far is even authentic according to Twelver standards.

With or without Al-Tusi’s report, the tradition would still be authentic to Ja’far Al-Sadiq. Nevertheless, we found it interesting that the report is authentically transmitted in Twelver sources as well.

A Later Fabrication to Appropriate this Report

Unsurprisingly, this report seemed to have posed a problem to later Twelver polemicists. Thus, we find later appropriations of the report that attempt to re-explain this phenomenon. In his book, Da’a’im Al-Islam, the Isma’ili jurist, Al-Qadhi Al-Nu’man (d. 363), transmitted a distorted and appropriated redaction of this report. What is further noteworthy is that Al-Qadhi Al-Nu’man does not even list an isnad for his appropriated redaction.

This isnad-less redaction of the report contains an additional clause that is not found in any of the authentic redactions of the report: it attempts to justify Al-Hassan and Al-Hussain’s acceptance of gifts from alleged tyrants and enemies of God. It is evident that later Shi’ites felt a need to explain these reports, hence the amendment of the report.

In conclusion, Twevler theology provides a historical narrative that actually does more harm to Ahlulbait than anything else. It presents Al-Hassan as an individual who surrendered the political leadership of the Ummah to a vile hypocritical enemy of God who sought to usurp the religion of Islam. It also presents Al-Hassan and Al-Hussain as individuals who openly accepted “gifts” from individuals they believed were unlawful claimants to authority and enemies of God who usurped the leadership of the Ummah from them.

Indeed, an analogous phenomenon among religious/political leadership today would result in (rightful) public outrage and dissent. For some reason, however, this phenomenon magically becomes acceptable and justifiable in the mind of the Shi’ite when it involves the Prophet’s grandchildren 1400 years ago. Thus, they present theological cop-outs that attempt to explain this self-contradictory and baseless Twelver narrative.

and Allah is the Witness of Abu Al-Abbas