It is without a doubt that one of the most commonly used sources in the world of Sunni-Shia polemics is Al-Qunduzi Al-Hanafi’s Yanabee’ Al-Muwadda. This is not a surprise, since the book is attributed to a “Hanafi scholar” and contains narrations in which the Twelve Imams are appointed.

Sunnis correctly dismiss the book as unreliable. Not only is the author not known to the vast majority of Sunnis, but his time is too late, a whole millennium after the Golden Era of Hadith, for anyone to take him seriously.

However, dismissals like these were not accepted by Shias, who would insist that he was one of the greatest Hanafi scholars of all time, even though his Hanafi fiqh related works are virtually unknown to Shias. 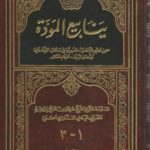 In any case, after a little digging through his book, we were able to find irrefutable proof that Al-Qunduzi took part in some foul play when compiling his book. He betrayed the trust of his readers as we shall soon demonstrate in the screenshots below. 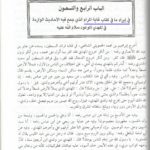 In one of the most important chapters of the book, Al-Qunduzi states that he provides his narrations from Ghayat Al Maram. For those that are not aware, Ghayat Al-Maram was authored by Hashim Al-Bahrani, an extreme Akhbari Shia scholar. Through Ghayat Al-Maram, he quotes many narrations from various sources, including Fara’id Al-Simtain, Al-Arba’een by Abi Nu’aym, and others. 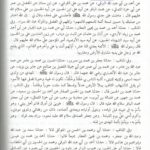 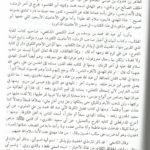 One of the main sources that he also quotes from is Al-Manaqib by Al-Khawarizmi. He quotes around ten narrations from that one source. However, what we found peculiar is that the names of the teachers of Al-Khawarizmi were very familiar. Names like: Ahmad bin Mohammad bin Yahya Al-Attar, Mohammad bin Al-Hasan bin Al-Mutawakkil, and Al-Ja’afar bin Mohammad bin Masroor. These were the names of the teachers of the infamous Shia scholar Al-Saduq!

It was then that we decided to return to Ghayat Al-Maram itself, to find the source of the confusion. 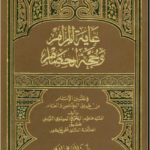 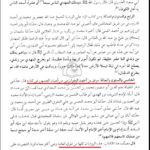 It was no surprise to find the narration of Al-Khawarizmi. However, there was only one narration by him, instead of ten! Hashim Al-Bahrani refers to it as an Aami (Sunni) source too.

We could not find the other narrations that caught our interest in the same chapter. However, upon flipping over to the next chapter, which was exclusively for Shia reports, we found that Hashim Al-Bahrani was in fact quoting Al-Saduq.

It was due to the grace of Allah – subhanahu wa tala – that we were able to find the exact same narrations that Al-Qunduzi was quoting. However, he deceived his readers by replacing the title and author of the book that he was quoting from, in order for Sunnis to accept his narrations. He repeats this offense with several narrations. Each time he replaced the name of Ibn Babawaih Al-Saduq with Al-Manaqib, alluding to Al-Khawarizmi. 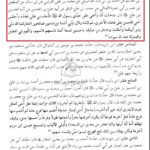 In conclusion, Al-Qunduzi was an deceiver. He is not reliable and his book should not been trusted as a source for hadith narrations. May Allah – subhanahu wa ta’ala – punish him and whoever spreads falsehood in this life and in the hereafter.