Khums – in Light of the Qur’an and the Sunnah

The following is an article, by our ex-Shia brother Husayn, about khums, its meaning, practical applications, and the differences of opinions between Sunnis and Shias.

As a former Shi’i from a Shi’i family, I have paid Khums, as do all my family. As Shi’is, we took Khums as one of the most important and fundamental pillars of Islam. We did this without questioning. It is not often that people unquestionably give away their money. Yet, you will find Shi’is the world over blindly handing over vast sums of money in this cause. This article aims to examine the reasons for this and to determine whether or not they need to according to Islam.

In this research, we have also responded to some of the claims of Sayyed Muhammad Rizvi’s in his article “Khums, An Islamic Tax”. The article can be found on Al-Islam.org.

Khums in the Qur’an

“And know that anything you obtain of war booty (ghanimtum) – then indeed, for Allah is one fifth of it (khumusahu) and for the Messenger and for [his] near relatives and the orphans, the needy, and the [stranded] traveler…”

During the time of the Prophet (صلى الله عليه وسلم) one-fifth of the war booty was reserved for him, and he would distribute it between his family, the orphans, the needy and the travelers.

The purpose for this was the fact that accepting charity (zakat or sadaqah) was forbidden for the Prophet (صلى الله عليه وسلم) and his family, so khums was meant to provide for his and his family’s expenses. Refer to Tafseer Ibn Katheer 4/68-69.

The Meaning of Ghanimah in Language and in the Qur’an

Al-Azhari (d. 370 AH) said in his Tahtheeb Al-Lugha 3/2704: It is what the Muslims have taken forcefully from the Mushriks and placed upon their horses.

The derivatives of the word ghanima are mentioned several times in the Qur’an – and every single reference is regarding war. The verses are:

Verse 8:39 refers to attacking the mushrikeen, 8:41 is a continuation and is in the context of war.

Verse 8:65 tells the Prophet (صلى الله عليه وسلم) to prepare the believers for war. The verses then continue referring to war, encompassing verse 8:69.

Verse 19 states that those who remained behind in battle would be eager to join those going to battle once they find out there is maghanim to be taken.

Verse 18 continues from Verse 17 which describes the promises Allah (سبحانه وتعالى) has made to the believers, namely that they would take maghanim in battle.

Verse 20 continues the same, Allah (سبحانه وتعالى) promises the believers they would take much maghanim in battle.

As we can see above, every instance in which ghanima is mentioned in the Qur’an relates directly to war. There is no Qur’anic basis for equating ghanima with income. This is especially important with 8:41, the verse of Khums, since it is the topic of our study.

Shia Scholar Al-Tusi’s Interpretation of the Verse of Khums

Even though some modern Shias may argue that the term ghanima refers to “profits” or “income”, this was not the view that was held by classical Shia scholars.

In the classical hadith works, there were two types of narrations about khums. Some suggested that it is to be taken from all forms of income, while other narrations suggest that it is specifically for ghanima. Shia scholars did not reconcile these reports by saying that ghanima is referring to income as well, instead, they provided alternative explanations.

Al-Tusi, when commenting on a narration in Al-Istibsaar 2/392 said, “The meaning is that there is there is no khums except with it comes to ghana’im only, which is the apparent meaning from the Qur’an.”

The Shi’a agree with Ahlul Sunnah on the above. However, they take the opinion that khums is also payable on the net-income (profit) of an individual. Therefore, to them, it becomes an income tax.

Rizvi states that “Income means whatever you earn from business, wage or salary, dividend income, or by other means of possession recognized by the shari`ah. Is khums also wajib on gift, prize, legacy, charity, zakat and khums? According to most present mujtahids, it is precautionarily wajib to pay khums from such items also.”

Shias also hold the belief that the amount is deductible from household expenses.

Rizvi provides three pieces of evidence that historically “gains” referred to khums instead of the spoils of war. He provides a narration from Saheeh Al-Bukhari about Bani Abdul Qais, a narration from Al-Amwal by Al-Qasim bin Salaam about the Khums of Yemen, and an order to Amr bin Hazm to collect it from Yemen.

All three of these appear in the Arabic text along with the term ghanima.

The main evidence that the Shi’a use for the implementation of khums as a tax are their books of hadith. To be blunt – Shia ahadith are not a hujjah (proof) upon Ahlul Sunnah, and we reject them completely as fabrications.

However, there was one authentic narration that caught our eye that we choose to present to the Shia reader.

Narrated al-Hassan bin Mahbub, from Abdullah bin Sinaan who said: “I heard Abu Abdullah (peace be upon him) say – “Khums is only on ghanaa’im”.

In the above authentic narration – Ja’far as-Sadiq states that it is only payable on spoils of war. He offers no qualifications or conditions. The path from Al-Saduq and Al-Tusi to Al-Hassan bin Mahbub is authentic according to major hadith scholars like Al-Khoei. See Al-Mufeed min Mu’jam Rijal Al-Hadeeth (p. 152).

This narration fits in with the apparent meaning provided in the Qur’an as Al-Tusi has stated above. It also fits in with the Arabic language and the practices of the Prophet – peace be upon him – .

Of course, Shias may argue that there are other hadiths that contradict this hadith and that there are many in number, which means that khums does apply to income taxes and the like. In other words, they may argue that the Qur’an may not contain the Shia understanding of khums, and yet, that understanding can be found in Shia hadiths. However, Shias pride themselves on holding steadfast onto the Qur’an, for they claim to toss against the wall whatever conflicts with the Qur’an. We have demonstrated clearly, in this scenario, that the Qur’an only speaks of it in regards to spoils of war, and by accepting narrations against this understanding is in reality going against the Qur’an and favoring Shia hadiths that have been falsely attributed to Ahlulbayt.

The first scam occurred in the third century during the time of the Shia Imam Al-Jawad. The collector of his Khums in Qum, Salih bin Mohammad bin Sahl, confessed to stealing ten thousand dinars, instead of giving it to the Imam.

A dinar of gold back then is equivalent to 4.24 grams of gold today. A gram of gold is worth $43 according to online markets. So, the ten thousand dinars spent by Salih bin Mohammad bin Sahl is the equivalent of $1,823,200 today.

The narration can be found in Al-Kafi 1/352 and it is an authentic narration. 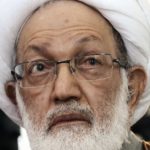 – Ayatollah Isa Qassim, according to Reuters, was accused of money laundering, when $10 million was found in his bank account. Isa Qassim claimed that it was from his Khums collection.

– Ayatollah Kamal Al-Haydari states that Khums from income has not basis in the Qur’an or the Shariah. However, it is the Khums from income that fuels the Shia religious establishment, which is why Shia scholars have focused on it instead of focusing on Zakat. 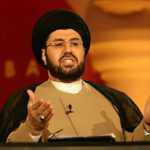 – Shaikh Hassan al-Qazwini was accused by some board members of the Islamic Center of America, the biggest Shi’i organization in America, of misappropriating funds. Al-Qazwini then resigns after being accused of stealing khums.