Often, we find many young Muslims, both Sunni and Shia, looking for a dua for marriage. Due to their limitations in the physical world, it is only natural to seek spiritual guidance that would lead one to their significant other. Asking and requesting from Allah – subhanahu wa ta’ala – is without a doubt the best way for one to achieve their goals. However, it is also in the name of religion, that some have decided to spread their poison, by teaching people to seek the assistance of devils through magic. 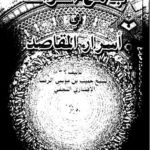 Recently, we have stumbled upon a book called Jami’ Al-Fawa’id fi Asrar Al-Maqasid by Habeeb bin Musa Al-Afshari Al-Najafi. The book was translated into Arabic from Farsi by Ali Al-Amini and was printed by Dar Al-Irshad. The contents of the book are relied upon by the most popular Shia website for duas, duas.org. The website has an article on dua for marriage in which they had made use of a chapter in the aforementioned book.

After seconds of scanning the contents of the book, we found shocking images. The book contains shocking incantations and instructions on how to perform magic instead of regular dua for marriage. The tragedy here is that this book is marketed off as a religious book.

Below, we have included images of these incantations as well along with the translation of the contents. However, we purposefully blurred out some of the images so that we could not be held accountable for spreading incantations. 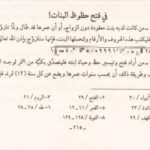 4- To give girls/women good fortune, this supplication is written and placed on her braids that are covered. If she falls asleep, it is placed under her head: ___________.

7- Write these verses on the skin of deer or a paper, for the sake of receiving suitors for the girl, “And when We made a covenant with the prophets and with you, and with Nuh and Ibrahim and Musa and Isa, son of Mariam, and We made them a strong covenant. That He may question the truthful of their truth, and He has prepared for the unbelievers a painful punishment.” [Al-Ahzab 7] Then, write these letters and numbers: _____________________________ . 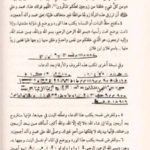 9- Whoever wishes to be married to a woman, he is to write this verse and to place it under his bed: “The day on which the spirit and the angels shall stand in ranks; they shall not speak except whom the Beneficent Allah permits and who speaks the right thing.” [Al-Naba’ 38] Be silent and do not speak. Deaf. Mute. Blind. They shall not return. In the name of so-and-so, who wants so-and-so _____________________ .

Is this practice acceptable to Shia scholars? 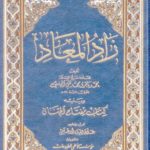 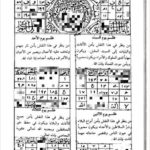 We are not claiming that such falsehood is adopted or accepted by all Shia scholars. However, books of supplications do often include such incantations.

Another example of this is Al-Majlisi, one of the top Shia hadith scholars of all time, author of Bihar Al-Anwar.

We will let the screenshots speak for themselves.

(Magic includes) knots, incantation, and words that are uttered or written. It is made into the body of the bewitched, his heart, or his mind, in a non-physical manner. Magic is a reality that may lead to death, disease, cause a man to be unable to reach his wife, and it could cause separation between spouses. It can cause hate between two, and bring two together. These are the views of Al-Shafi’ee.

Learning and teaching magic is forbidden. We are not aware of a difference of opinion among scholars regarding this. Our companions have said: A mage becomes a disbeliever if he learns it or practices it, whether he deems it permissible or not.

This is all supported by the words of Allah – subhanahu wa ta’ala – in Surat Al-Baqara (verse 102):

“And they followed what the Shaitans chanted of the sorcery in the reign of Sulaiman, and Sulaiman was not an unbeliever, but the Shaitans disbelieved, they taught men sorcery and that was sent down to the two angels at Babel, Harut and Marut, yet these two taught no man until they had said, ‘surely we are only a trial, therefore do not be a disbeliever.’ Even then men learned from these two, magic by which they might cause a separation between a man and his wife.”

The Real Dua for Marriage

It may come as a shock to readers that we do not have a narration of a dua from the Prophet – peace be upon him – for the purpose of marriage. However, we have seen success with a very simple dua for marriage. It does not require memorizing or reading out of many lines of invocations. Neither does it require one to write down any charms or spray water on the doors of who one fancies either.

All one needs to do is say, “O’ Allah, provide me with a righteous wife/husband.”

This is the dua for marriage. It is as simple as that.

Another method is to ask others to ask Allah – subhanahu wa ta’ala – to provide you with a wife/husband.

Two years ago, a friend of mine was hosting a lecture. After introducing the speaker, he told the audience that the organizers of the event were single. He then asked the audience to make a dua for marriage for the organizers. The organizers, a group of young men, were extremely embarrassed. The audience was confused, yet, they naturally obliged. In under a year and a half, all of the organizers were married, including the host himself.

May Allah give preserve our youth and provide them with a righteous spouse. Ameen. Ameen.