The Intellectual Dishonesty of Al-Khoei

It is with the above in mind that we would like to share with readers an example of Al-Khoei’s intellectual dishonesty.

Background: The Status of Zurarah

Zurarah bin A’ayan is one of the top Shia narrators. He is excessively praised by early Shia scholars and we can find several reports in Shia books in which the “infallible” Imams praise him greatly. However, we also find reports from the same Imams in which he is severely condemned. This is especially problematic because both groups of reports are authentically attributed to the Imam (by Shia standards).

Instead of being cautious and rejecting Zurarah’s reports due to the vagueness of his status in the eyes of the Imams, the Shias chose to take a different approach. They theorized that the Imam condemned Zurarah in order to make him look like an enemy, in order to protect him from their foes that would target the students of the Imams.

Even though this theory is far-fetched, it is a much preferable option to Shias than to reject Zurarah’s narrations, since he truly narrates a very large number. His narrations amount to 2,490 in the four books according to Al-Khoei 8/254.

What also supports this far-fetched theory was the following concocted narration: 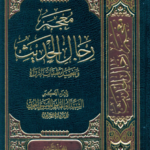 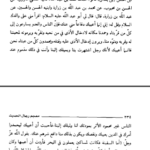 We find in 8/233-234 of Al-Khoei’s magnum opus Mu’jam Rijal Al-Hadith in his biography of Zurarah a quote from Rijal Al-Kashshi. He quotes:

“I (Ja’far Al-Sadiq) only attacked you (Zurarah) in order for them to praise you in your religion, due to your flaws, and this would be used for prevent them from harming you. Allah – glory be to Him – said, ‘As for the boat, it belonged to poor men who worked on the river and I wished that I should damage it, and there was behind them a king who seized every boat by force.’ (Surat Al-Kahf: 79) This is how it was revealed by Allah: Fine.” 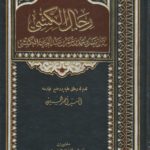 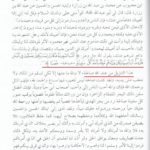 The quote is awkward; however, it became clear after returning to the original source (Al-Kashshi p. 107):

“I (Ja’far Al-Sadiq) only attacked you (Zurarah) order for them to praise you in your religion, due to your flaws, and this would be used for prevent them from harming you. Allah – glory be to Him – said, ‘As for the boat, it belonged to poor men who worked on the river and I wished that I should damage it, and there was behind them a king who seized every fine boat by force.’ (Surat Al-Kahf: 79) This is how it was revealed by Allah: Fine.”

Shias might say that Al-Khoei relied on an early edition of the book that did not include the term: “fine”, as part of the verse in Surat Al-Kahf.

We agree. This is obviously the case. Al-Khoei relied on a flawed print of the book purposefully. 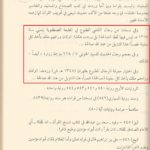 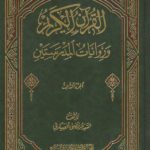 Murtadha Al-Askari in his Al-Qur’an Al-Kareem wa Riwayat Al-Madrasatain 3/499 points out that there are two editions of the book, one that was printed in Bombay and another that was printed in Iran. The former does not include the word: “fine,” while the latter does.

Al-Khoei himself states in 10/309 of Mu’jam Rijal Al-Hadith that he relies on both editions of the book and we find him often speaking of discrepancies between the versions.

Note: It is important to keep in mind that the editors of Al-Kashshi (p. 9) stated that the Bombay edition is one that is filled with mistakes to the extent that readers, at times, would not be able to make sense of what was written. They went on to say that the best version of the work is Al-Qahba’ee’s copy. 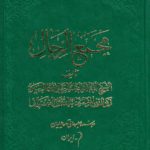 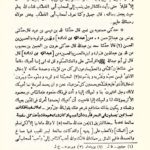 Al-Khoei, when challenged with discrepancies also relies on other works like Al-Qahba’ee’s Majma’ Al-Rijal in order to arrive at a final verdict.

However, Al-Qahba’ee’s Majma’ includes the word: “fine,” as part of the verse as well.

Why did Al-Khoei Rely on the Mistake?

Al-Khoei found himself torn between accepting a narration that benefited Shiasm greatly, while at the same time it conflicted with his views about the Qur’an. 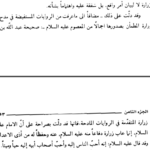 We find in 8/253 that Al-Khoei authenticates the report above and uses it to explain away all the narrations in which Zurarah is condemned by the Imams. The narration is the foundation of Shia argument that explains away all the negative reports as “taqiyyah.” Therefore, it was extremely important to highlight it and make its authenticity known.

However, the narration included a recitation of the Qur’an by the Imam that is not accepted by Al-Khoei. Since Al-Khoei does not believe in abrogation or variant readings, as we have established in another article, accepting the word: “fine”, as part of the verse, would mean that the Qur’an that we recite today has been tampered with.

Al-Khoei, as most Shias know, does not endorse the view that the Qur’an has been tampered with.

Al-Khoei, desperate to have his cake and eat it, found his salvation in an erroneous version of the text. It did not matter if it was based on a corrupted print of Rijal Al-Kashshi, nor does it matter if the text has a clear error that is obvious from the context.

All that mattered was that it fit his ideology and that it explained away the negative narrations about Zurarah.

Muhammad Baqir al-Majlisi (d.1111 AH) also known as al-`Allamah is the father of modern day Shiasm, he was the top and most influential scholar in the Safavid empire and the author of the biggest Shia Hadith encyclopedia “Bihar-ul-Anwar al-Jami`li Durar [read more]

The Twelver Shia don’t really have much to offer when it comes to Qur’anic sciences whether Tafseer, I`raab, Lughaat, Naskh, Qira’at etc… Those who read about the early Twelver Shia authors will see that they never paid much attention to the [read more]

In this piece we will quote the Shia scholar al-Sayyid Muhammad al-Tunikabuni in his book “Idah-ul-Fara’id” which is a commentary on “Fara’id al-Usul” by their scholar al-Ansari. We begin with Idah-ul-Fara’id vol.3 pg.202: الثالث : وقوع التحريف فى الكتاب لا [read more]